** A disclaimer to begin this post. I have had several individuals in recent weeks tell me they were concerned about their interactions on social media. I was glad to hear it. It let me know that I was not alone. One of them shared the first picture below. Thanks, guys, for being honest. 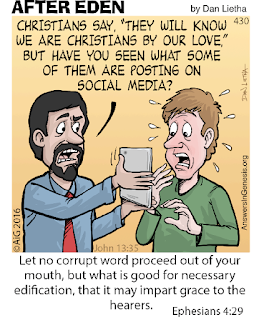 Something happened last week that has intermittently plagued my mind since. I was interacting with a Facebook group (one on which I am mostly a "lurker") and found myself engaging the entire group with a question. The question was valid, but I had the misfortune of posting it directly under a post made by an elder that I highly respect. I fretted about it for a long while. I knew what I had meant. But the people on the other side of the screen were now free to interpret that comment in any frame of reference that THEY SAW FIT.

I clarified my meaning, both on that thread, and then via direct message to the man I was afraid I had offended. He assured me all was fine, but it got me thinking.

And I had an epiphany... I don't want people to feel that way about my social media interactions with them. So out of that moment, and through others that I have both seen and experienced, this evolved: 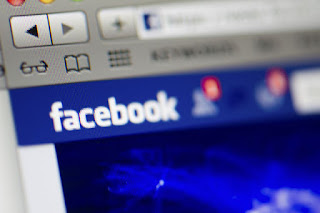 I saw the post, it *caught my eye, so in haste I clicked reply.
And stupidly wrote out my thoughts, "I am so wise", thought I.
I hit the button and watched it go and slapped my back with pride.
I set them straight, I smacked 'em good, I wouldn't let it slide.

Around the world somebody saw the words that I had said.
They saw no wisdom, read no wit, just sadly shook their head.
And realized the answer to the Facebook bully's gall;
Is mostly just to hit "Mute Thread" and say nothing at all.

In pity they avoid response, to help me "not look bad",
But if we're more than Facebook friends, I know that they were sad.
'Cause I thought I had been so bright, I saw myself as keen.
While everybody else just saw a goof behind a screen.

Oh, why the desperate need I feel, to always have a say.
To offer my opinion -- to correct, persuade, disdain?
Is it not true, as Grampa said, that sleeping dogs should lie?
So why go stirring trouble up, just let it idle by?

Today I'll fill my feed with good and try with all my might,
To guard my thoughts, my words, my texts -- I need to get it right.
I will beware of idle words, I'll go the extra mile,
To bless the "friends" upon my page and leave them with a smile.

Posted by Pastor Jeff Hanscom at 12:54 PM No comments:

Psalm 97:1 - "The Lord reigneth..."
To reign is to rule as a "sovreign"; to have the ultimate say. While modern kings no longer possess this power, the author of these words was making public the brilliant claim that brought peace and stability to his entire world.
The circumstances in which the words were uttered are made totally irrelevant by the statement itself. "The Lord reigneth." HE has the final word!
Today, that is enough for me.
Posted by Pastor Jeff Hanscom at 4:07 PM No comments: 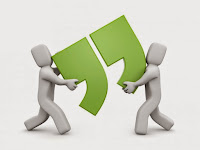 "Let me never fall into the vulgar mistake of dreaming that I am persucuted whenever I am contradicted." - Ralph Waldo Emerson
Posted by Pastor Jeff Hanscom at 6:29 PM No comments: 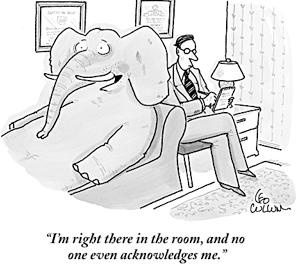 It’s there in the corner, it’s bulk hard to miss,
It’s hard facts and gossip, things hard to dismiss.

With friends or with strangers, it sits there so still,
And can kill conversation like nothing else will.

In the brightest of sunlight it’s shadow is there,
It even crowds in when I’m kneeling for prayer.

Conversation grows stilted when it is addressed,
Laughter chokes off and smiles grow distressed.

It separates family and friends with it’s ire,
But we all can agree that it needs to retire.

The elephant, they call him, his color is white,
He represents all that we can’t say or write.

So the word for each one who is tired of the dance,
Is here's what you do if you're given the chance.

Grab the big beast ‘fore ambition grows stale,
Pull him into the light by his trunk or his tail.

When bitterness dies and right words have been said,
Only then can we know that the elephant’s dead.

~ JH
Posted by Pastor Jeff Hanscom at 1:41 AM No comments: 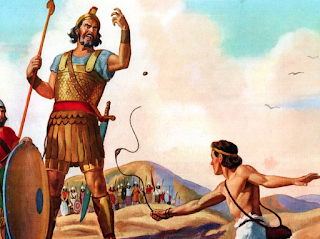